Looks like a shooter Battlefield 2042 serious problems, as evidenced by the current activity of players. More precisely, its absence - peak online games in Steam dropped to record values.

Currently, there are no more than 1000 people in the game at the same time, which clearly shows the user's attitude towards the elpection of Electronic Arts. For comparison, more than 100,000 people played on the release in Battlefield 2042, but this value quickly evaporated when gamers felt all the "charms" of the new part of the series. 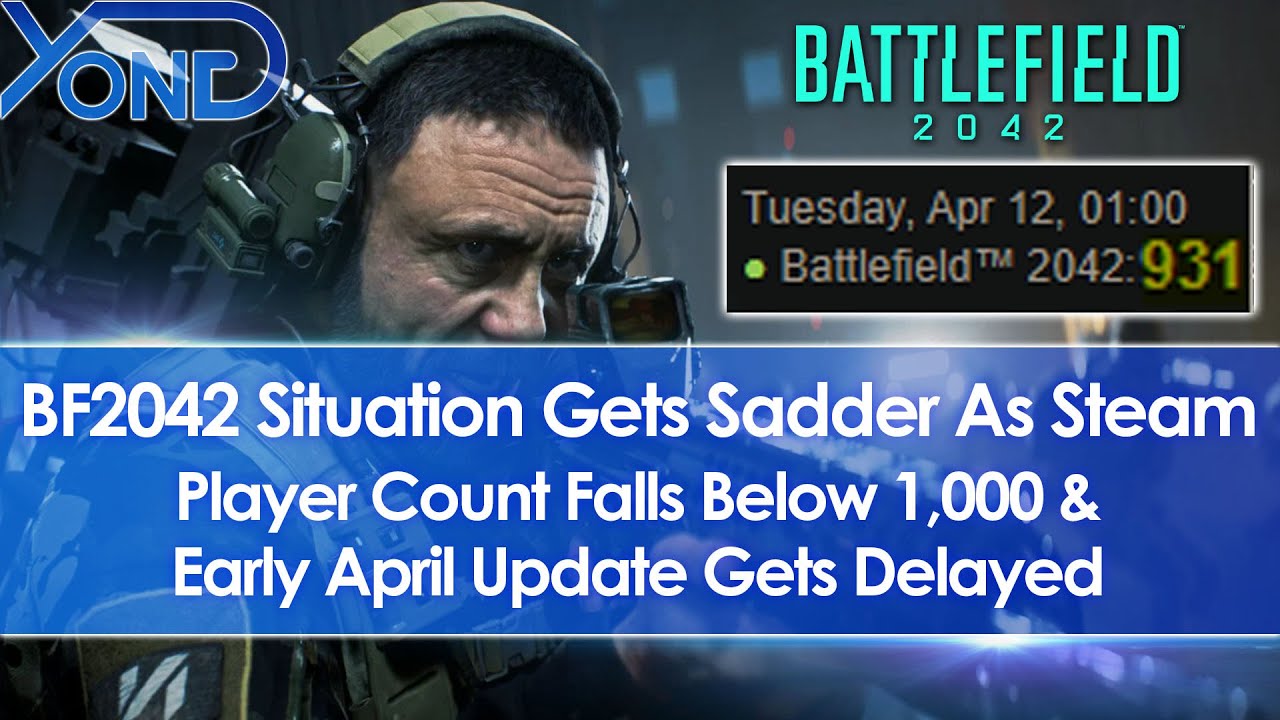 Despite this, the publisher continues attempts to reanimate his shooter, but none of the patches have not corrected the situation. Perhaps if Battlefield 2042 was not removed from the Russian region, the game would have a little better.